Last week I drove to Hout Bay, a coastal suburb of Cape Town.
Hout Bay is a beautiful town, surrounded by mountains and the sea, and attracts a lot of tourist and South Africans every year. But it is also the home of Imizamo Yethu, an informal settlement in the Hout Bay Valley Area. 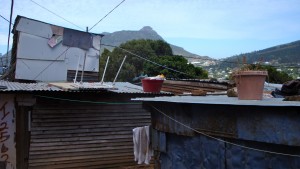 A rooftop with a view in Imizamo Yethu

Imizamo Yethu means ‘people have gathered’ in isiXhosa, and an estimate of 40.000 people live in the settlement today. There is no sewage system, no infrastructure and the Disa River which runs through the settlement has the highest level of e-coli bacteria that has ever been recorded in South Africa. 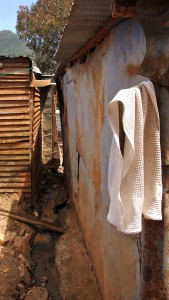 The housing is mostly build of corrugated cardboard and pieces of wood and plastic. And as in many informal settlements the crime and unemployement rate is high, and HIV, drugs and alcohol a big and devastating problem. 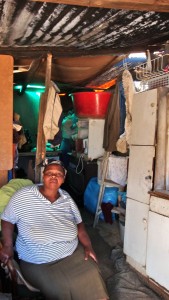 A typical home in Imizamo Yethu 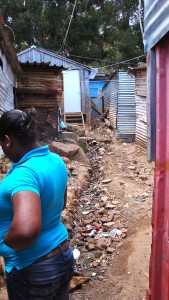 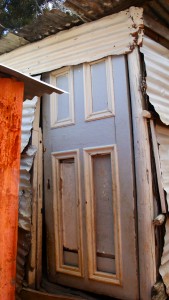 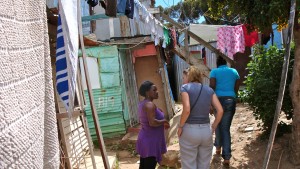 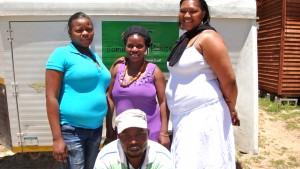 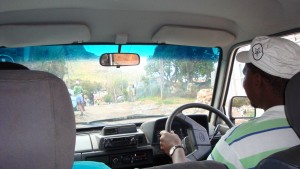 James House child care workers, Kenny and I on our way to Imizamo Yethu

The child care workers from James House visit families in the area who need help. They make sure that the children are dressed, fed and attending school. And they help the families to attain government grants, which give them a chance to bring food on the table. But the government grants are low. A familie receive ZAR 250 pr. month for one child (172 dk.kr.), which is barely enough for food, and also has to cover school fees and uniforms, transport, clothes, medical bills and so forth. 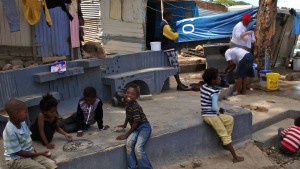 Children playing games while the washing is being done outside 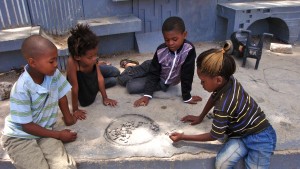 Many of the children in Imizamo Yethu have never had the chance to see the outside world - not even Cape Town city, which is only a 20 minutes drive away. 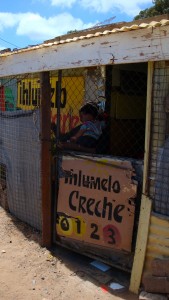 A Day Care in Imizamo Yethu 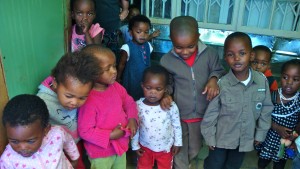 Children at the Day Care in Imizamo Yethu

Thank you to everybody at James House – and hope to see you again soon! 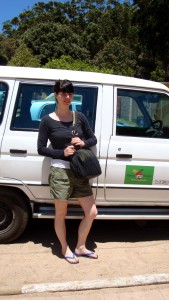 Me - at James House